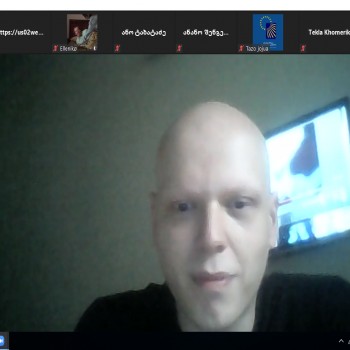 Review of the feature film "400 Shots"

Feature and documentary films are one of the most important learning resources in the Leadership School program.On June 19 of this year, a review of the feature film "400 Shots" was held. It is important that the process was facilitated by film critic Bacho Odisharia.At the beginning of the meeting, the film movement was discussed in detail - a new French wave. The plot revolved around the attitude and vision of the film's director François Truffaut.The adults focused on specific episodes of the film, the main accents - indifferent and indifferent parents, state institutions and the hard life of a boy fighting for freedom.